Can you imagine walking for an hour to receive a simple meal of porridge or having your water source be from a drainage ditch?

Rev. John and Julie Battern recently returned from a 3½-week trip to Africa. John is a SWIM board member and they went with the intention of bringing safe water to the people they met. Since their return, they have done several presentations about their trip and have received similar questions wherever they went. Here are some of those questions and their answers.


Where did you go in Africa?

We traveled to Uganda, Kenya, Malawi, and South Africa. We were doing mission work for the first 2½ weeks, then vacationed a week in South Africa with friends who live there.


What was your favorite thing you did?

Feeding hundreds of hungry children was one of the highlights of our trip. This is a ministry of the Abundant Life Center. The Abundant Life Center is a multifaceted ministry in Malawi and partners with SWIM in the distribution of chlorine producing units (CPUs). We had the opportunity to help feed the children who come to the Center, some who walk from as far as an hour away, to receive a simple meal of porridge. 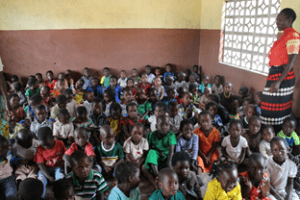 How many CPUs did you take with you?

We took 50 CPUs packed in two suitcases. These were provided through the gifts of those who support SWIM. Additionally, thanks to the generous support of individuals, organizations, and churches, we were able to purchase the batteries, solar panels and other parts needed to power these CPUs. That means we were able to make safe water available to upwards of 50,000 people. 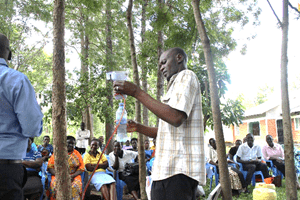 Where did people get their water?

We saw several different kinds of water sources. The cleanest was a government installed pump well. (Though we saw a donkey drinking from the same well as people were gathering their water.) The worst was people gathering water out of a drainage ditch. Regardless of the source, all the water had one thing in common: it was filled with bacteria and other parasites. 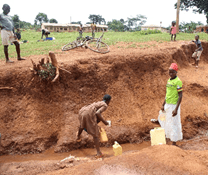 How did people respond when they received a CPU?

They were thrilled! They understood that their water was making them sick and the opportunity to do away with that illness excited them. They thanked us time and again and presented us with gifts as a sign of their appreciation. We received lots of fruits and vegetables, as well as five live chickens. It was the very best they had to offer and they freely gave what they had. 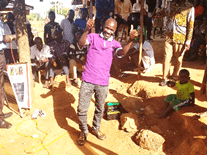 What else did you do?

I (John) preached two Sundays and led four days of pastors’ training. We had the privilege of distributing over 190 Bibles to pastors thanks to SWIM’s Bible Fund. Julie got to be with the children and did Bible lessons with the pastors’ wives. She also taught a group of women how to knit hats using a loom. While in South Africa we went on a safari. 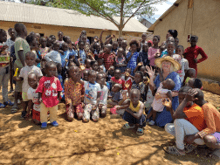 Creating Relationships for Sharing about Living Water for the Soul!

The smiles on the faces of the pastors who received a Bible lit up the sky!

John* and Julie Battern recently traveled around Africa to share about Jesus, in which they gave out the 194 Bibles, and delivered 50 chlorine producing units (CPUs) which also included solar panels, solar batteries, cable, and controllers! 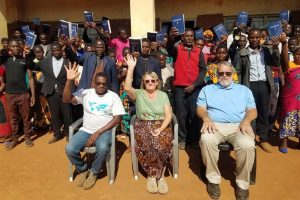 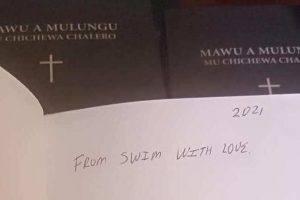 CPUs are making a difference

Thanks to the contributions of SWIM supporters, these life-saving CPUs have been given to people in Uganda, Kenya, Malawi, and Mozambique. The devices will impact thousands of lives and tremendously help people who have been suffering from water-borne diseases.

Everywhere John and Julie traveled, there were numerous stories of how SWIM’s chlorine was improving their lives! While in Uganda, one man told about how he had been suffering from typhoid for many years, but once he started drinking chlorinated water, his symptoms went away. People kept asking for more CPUs so they could share them with their neighbors. There is still a great need for CPUs. 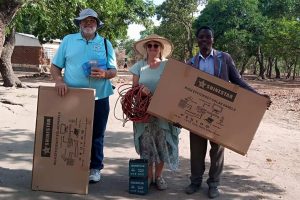 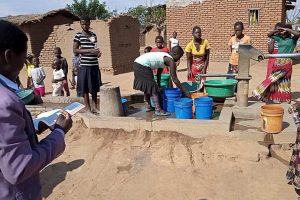 Serving and helping others

During their visit, John and Julie became a part of the communities. They held a training for pastors and their wives, which included the distribution of the Bibles. They helped serve meals to children, visited a tea shop and a pigsty, prayed for the sick, and helped with maize shelling – plus so much more!

They also joined the staff at the Abundant Life Center Ministries and helped to serve the people in the area. A holistic ministry, the purpose is to reach out to the communities using “the Jesus model”: He fed, He healed, and He taught.

*John is a SWIM board member

Fetching Water From a Bore Hole

This is an example of a water source that people use to fetch water for drinking water without any water treatment in much of rural Africa.

Through the SWIM ministry, they have been blessed to receive a CPU which now allows them to have safe, clean water for their families. 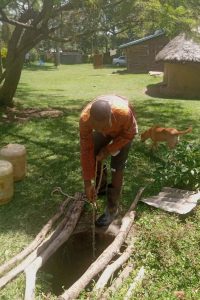 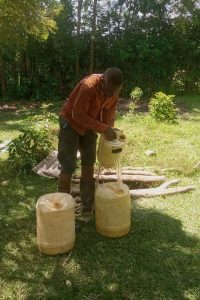